After the dramatic and exciting success of The Value Noodle Project, we felt compelled to continue our campaign for more informed students. A little thinking made us realise that the perfect complement to a bowl of value noodles is a bottle of cheap wine. And so began, little ones, The LIDL Wine Project.

Why only LIDL wines? There are too many reasons to recount - it would take longer than a piece of string to do - so suffice to say that:

Before each bottle, we ate one quarter of a LIDL cream and jam filled doughnut, as a kind of quality control. To make it a fair test, Michael was denied this pleasure (he greedily ate his hours before we began). 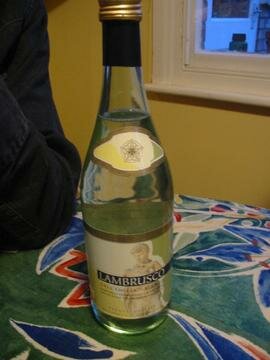 The first "wine" we bought was a bottle of Lambrusco... we start with class. At £1.49, it was a little steep, and not the best way to wash down a nice bowl of chicken flavoured LIDL noodles, but we drank undaunted. 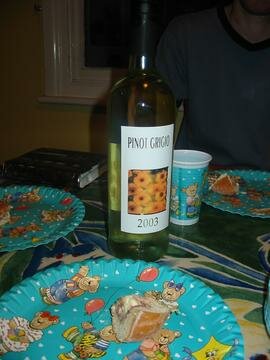 This wine, a 'Pinot Grigio', looked a little more promising. I mean at least this time it qualifies as wine, without the bubbles and absurdly sweet taste. It got a special negative point from Bob because it's impossible for retards to open. Hmm. 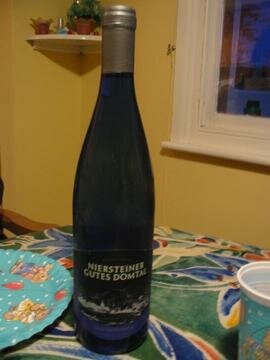 How many times have you heard someone say: "Yum, nothing like a bottle of Niersteiner Gutes Domtal!" 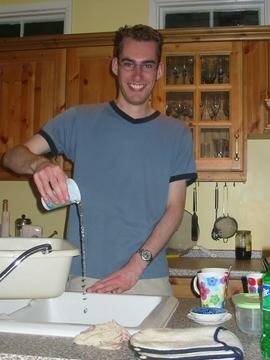 Let it be known that by the third bottle Ian was already ridding himself of the venom in disgust. Amateur. 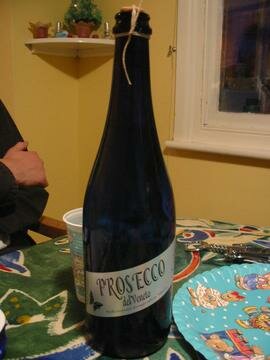 The final bottle, a 'Prosecco', won our hearts for replacing the annoying-to-rip-off foil over the cork with a piece of string. Anything that employs a piece of string is a top contender in my books! 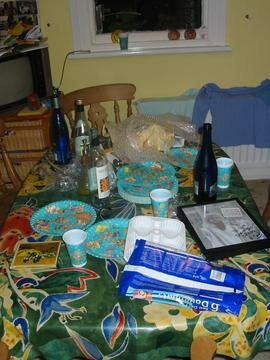 Similar to the noodle testing, we rated each wine according to it's taste, aftertaste and aroma.

All one can sensibly conclude from these results, given that the highest score was approximately 33%, is that you should never, on any occasion, buy white wine from LIDL. It was vile, and we need no further analysis to tell you that much!